There is much in the news these days about military personnel and first responders with PTSD.  The management of operational stress injuries, critical incident stress and the symptoms and effects of these are becoming increasing concerns. Our new Liberal government pledged more funds for treatment and research as part of their election platform. Key public figures such as Lt. Gov. Romeo Dallaire have spoken openly about their struggles with PTSD. There are so many more however, who may not make the papers, those who quietly give up their struggle through suicide.

First Responders and Military personnel are a special group. 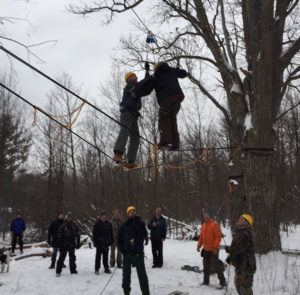 These are brave, intelligent, well intentioned and well trained individuals. They go into service fully understanding their commitment, and knowing that extraordinary situations will become ordinary in their work. But even the bravest heroes can develop PTSD, because heroes are human. They care deeply and hold high standards for themselves, as do their employers and the rest of us.

It is difficult to estimate the scope and severity of the problem, because for every police officer, paramedic or soldier who comes forth asking for help, there are untold numbers who suffer on their own, living in fear of the repercussions of admitting they need help.

These men and women are often living very stressful and unfulfilled lives, performing half-heartedly in their jobs, and not being present emotionally for their families and in their social lives. They are often self-medicating and numbing their symptoms with alcohol or drugs. But you cannot numb one part of your life and fully participate in another.

When a first responder develops symptoms of PTSD it is especially hard for them.

They are used to being the capable, resilient ones who stand strong no matter what gets thrown at them. If they believe they are not coping well, they may judge themselves harshly.  All too often, there is judging and stigma in the workplace as well. A comrade who is struggling may be treated as weak, inadequate and less useful to the team.

Our social safety nets are not adequate.

It is often very difficult for anyone with work related PTSD to access WSIB, disability insurance or compensation. They may have to wait a long time for counselling or treatment, which is unfortunate, because we know that the sooner the problems are addressed, the better the outcome, and the better the chances of returning to active duty. Their families suffer as well.

PTSD has been granted its own category in the 5th Edition of the Diagnostic and Statistical Manual which was released in May 2013; that of Trauma and Stressor-related disorders. In previous editions of the DSM, PTSD had fallen in the category of Anxiety Disorders. It has been given its current status as a separate entity due to an increasing awareness of its importance in society and in professional arenas.

Further definition can be found in the American Psychiatric Publishing:

DSM-5 pays more attention to the behavioral symptoms that accompany PTSD and proposes four distinct diagnostic clusters instead of three. They are described as re-experiencing, avoidance, negative cognitions and mood, and arousal. Re-experiencing covers spontaneous memories of the traumatic event, recurrent dreams related to it, flashbacks or other intense or prolonged psychological distress. Avoidance refers to distressing memories, thoughts, feelings or external reminders of the event. Negative cognitions and mood represents myriad feelings, from a persistent and distorted sense of blame of self or others, to estrangement from others or markedly diminished interest in activities, to an inability to remember key aspects of the event. Finally, arousal is marked by aggressive, reckless or self-destructive behavior, sleep disturbances, hypervigilance or related problems. The current manual (DSM-4) emphasizes the “flight” aspect associated with PTSD; the criteria of DSM-5 also account for the “fight” reaction often seen.

Current treatment for PTSD includes use of prescription medications to treat depression, anxiety, and sleep disorders, and/or various styles of psychotherapy. The most studied of these are Prolonged Exposure Therapy and Cognitive Processing therapy. Techniques such as EMDR and Tapping (emotional freedom therapy) have shown some promise. These therapies are costly, time consuming and there is often a considerable wait time before therapy can be started. The irony is that PTSD cannot technically be diagnosed until the symptoms have been present for at least a month, and waiting this long to start treatment is detrimental to outcomes.

The current approaches to treatment target the physical and psychological symptoms of PTSD. They may give the person suffering some understanding of their condition and teach tools to lessen symptom severity, but do not very often lead to resolution or promote positive growth of the affected individual. We believe that this is because the real wounds that occur from experiencing severely traumatic incidents cause damage to the moral integrity and the very soul of the person. Thus far, mainstream psychiatry and psychology have not ventured into the realms of the soul. Admittedly, this does require sensitive and creative exploration and healing. We believe it can be done, and must be done.